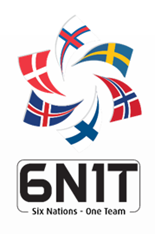 To the attention of:

the escalating Russian aggression in Ukraine

The Nordic sport organisations have concluded the annual meeting in Oslo, Norway, September 22-23,

2022. Our organisations have decided upon the following statement below.

the escalating Russian aggression in Ukraine

invasion of Ukraine to be a blatant breach of international law.

The Russian aggression in Ukraine is escalating. Under these circumstances, it will be unacceptable to open

up for Russian and Belarusian international sports participation. We stand firmly in our position. Now is not

the right time to consider their return.

to show solidarity with the Ukrainian people and the demand for peace. We give our full support to the

This statement has been approved by the Presidents of the following organisations:

The National Olympic and Sports Association of Iceland, Lárus Blöndal

No items found.
No items found.
Set teg í samband
við okkum í dag
Thank you! Your submission has been received!
Oops! Something went wrong while submitting the form.